About the 2 Toed Sloth

There are two distinct groups of Sloths – three-toed (Bradypus) and two-toed (Choloepus), although both families have three toes on both their rear limbs. The ancient ancestors of two toed sloths were significantly larger, with the largest growing to the size of modern elephants. These huge creatures were ground animals that are believed to have lived in multi-generational burrows. Most of the suborder Folivera died out in the Quaternary extinction event around 12,000 years ago. Their closest relatives (all in the super-order Xenarthra) are anteaters followed by the armadillo.

The three and two-toes sloths are believed to have individually branched off somewhere around 32 million years ago, and each evolved their upside-down, arboreal lifestyle independently (convergent evolution). As such, there are a surprising number of differences between them, despite the very obvious similarities in appearance, diet, lifestyle and speed of motion.

For a well-known creature that captures the imagination of children and adults alike, there is relatively little known about them.  Look on multiple “authoritative” websites, and you will hear facts which vary: sloths are colorblind – sloths see color.  The gestation period of the three toed sloth is not well documented yet (with most information coming from sloths in captivity, which is notoriously unreliable). Even the number of ribs and diet are cited differently across multiple sites. Studies about the symbiotic relationship between sloths and the algae, and fungus that grow on their fur and the moths that accompany them are very recent  (see research above) and there is much yet to learn.

Sloths range from There are two distinct populations of Hoffman’s sloths on either side of the Andes mountain range. These two populations are thought to have diverged up to 7 million years ago. There are 5 suggested subspecies.

Sloths are mammals and reproduce sexually in which a female egg is fertilized by a male sperm cell. Like all other sloth activities, mating occurs whikle hanging in trees. Sloths mate between the months of September and November, which is the end of the wet season. This ensures that offspring, born 11½ months later spend their first months in the dry season (there are observations that suggest this oft-cited figure is erroneously specific and that gestation actually varies significantly). This may be important, because sloths cannot regulate their body temperatures, and very young babies may struggle by being cooled by the heavy rains of the wet season.  Sloths give birth to single offspring. In very rare cases where two are born together, the mother will abandon one, as she does not have the physical resources to support two.

The newborn are able to grip the belly of the mother immediately after birth, where they will remain for months. Unlike most female mammals, sloths do not produce large stores of milk for the baby, because that requires significant energy stores that sloths do not have.  The model of efficiency, the mother produces milk as needed by the infant, which feeds very frequently.

The very slow movement rate of sloths adds to reproductive challenges.  Sloths are solitary creatures, and they have to find and travel to each other to mate. When females are in heat they will often scream to attract nearby males. It is also speculated that they leave pheromone markers on trees to alert others of their presence . 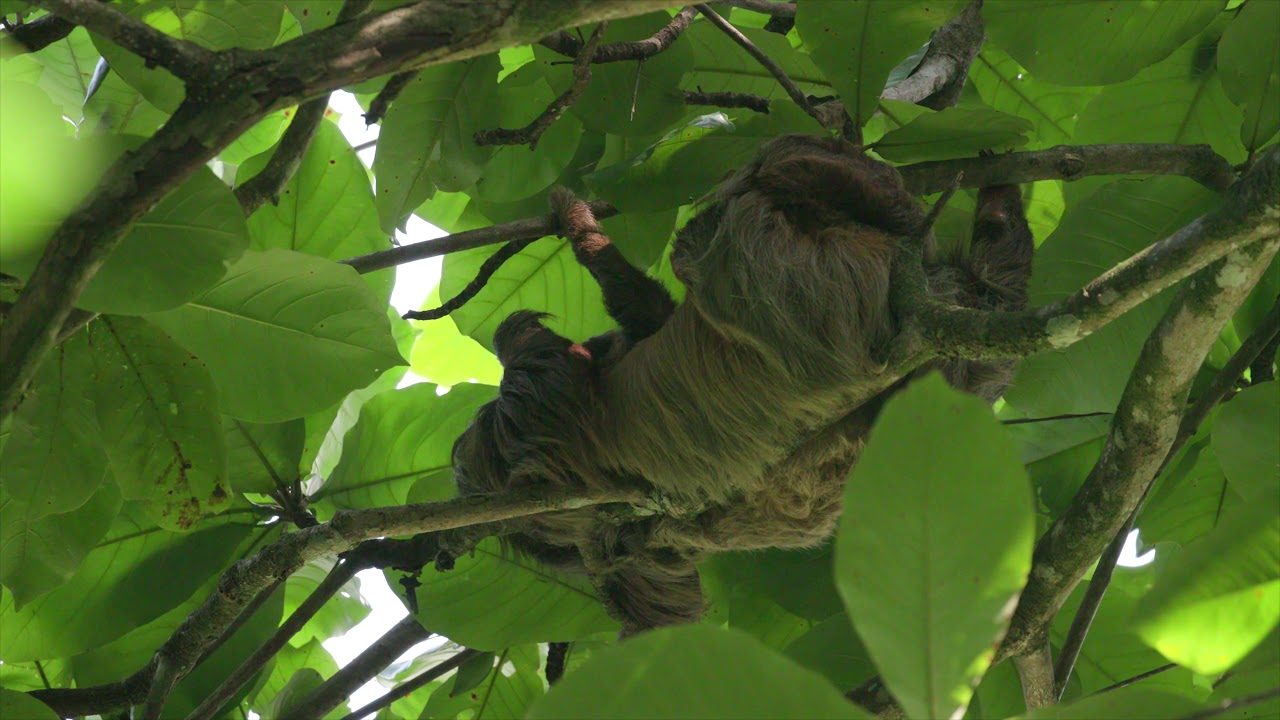 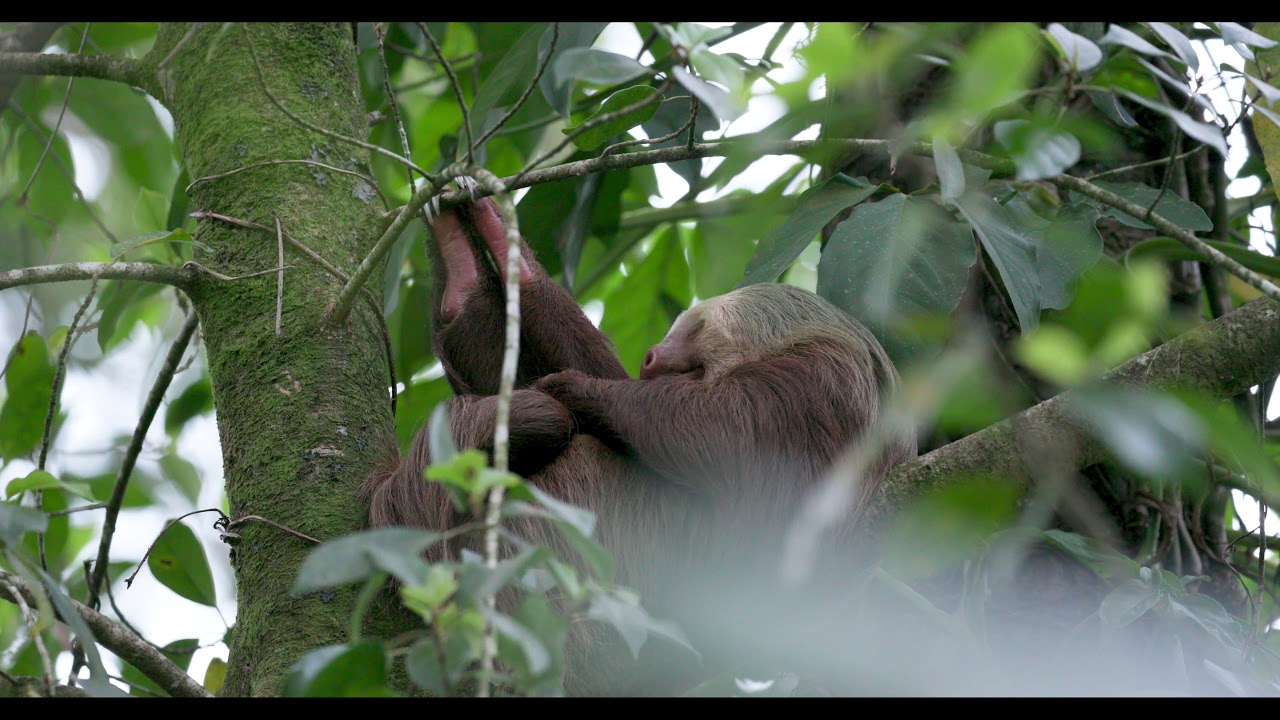 We are passionate about our mission

and would love to love to talk to you about it!

We use cookies on our website to give you the most relevant experience by remembering your preferences and repeat visits. By clicking “Accept All”, you consent to the use of ALL the cookies. However, you may visit "Cookie Settings" to provide a controlled consent.
Cookie SettingsAccept All
Manage consent

This website uses cookies to improve your experience while you navigate through the website. Out of these, the cookies that are categorized as necessary are stored on your browser as they are essential for the working of basic functionalities of the website. We also use third-party cookies that help us analyze and understand how you use this website. These cookies will be stored in your browser only with your consent. You also have the option to opt-out of these cookies. But opting out of some of these cookies may affect your browsing experience.
Necessary Always Enabled
Necessary cookies are absolutely essential for the website to function properly. These cookies ensure basic functionalities and security features of the website, anonymously.
Functional
Functional cookies help to perform certain functionalities like sharing the content of the website on social media platforms, collect feedbacks, and other third-party features.
Performance
Performance cookies are used to understand and analyze the key performance indexes of the website which helps in delivering a better user experience for the visitors.
Analytics
Analytical cookies are used to understand how visitors interact with the website. These cookies help provide information on metrics the number of visitors, bounce rate, traffic source, etc.
Advertisement
Advertisement cookies are used to provide visitors with relevant ads and marketing campaigns. These cookies track visitors across websites and collect information to provide customized ads.
Others
Other uncategorized cookies are those that are being analyzed and have not been classified into a category as yet.
SAVE & ACCEPT

Become part of the 'Butterfly Effect'

I want to help!

The Pierella is a butterfly native to Costa Rica – Pierella hevina.
This small creature is behind the theory of the ‘Butterfly Effect’
that states small efforts can result in far reaching outcomes.